“TRAINING A SURE PATH TO POLICE PROFESSIONALISM​” Makori 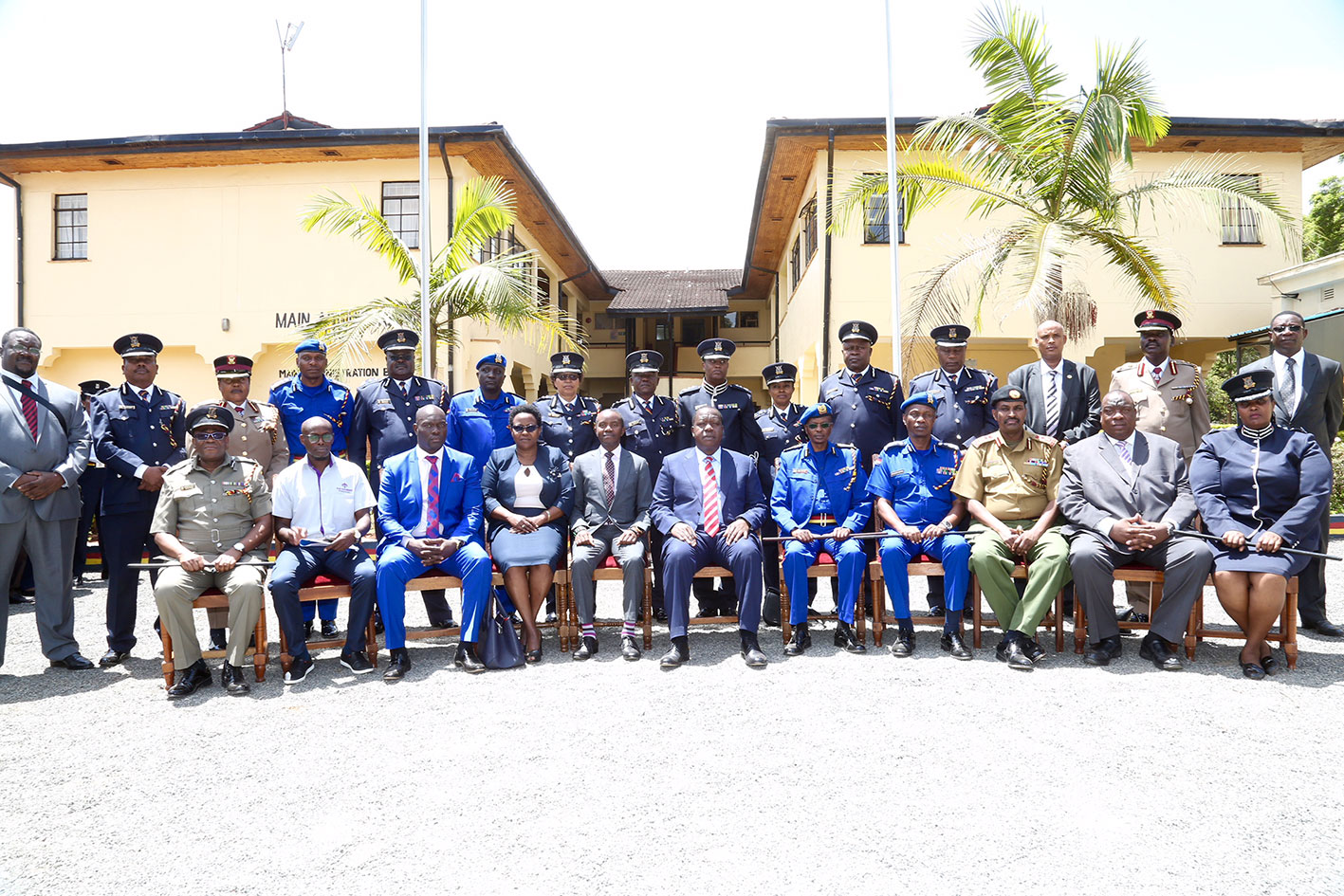 BY IPOA News
Independent Policing Oversight Authority chairperson Anne Makori has praised the ongoing training of senior police commanders as a step in the right direction to achieve reforms.
She has further called for the trainings to be cascaded to officers in the lowers ranks to cover the entire National Police Service.
Mrs. Makori was attending the launch of the Regional Police Commanders Strategic Leadership Development Course at the NPS Senior Staff College in Loresho, Nairobi.
The new police commanders were appointed following restructuring of the NPS with the aim of eliminating duplicity of orders and overlap of duties among other .issues.
Interior and Coordination of National Government Cabinet Secretary Dr. Fred Matiang’i presided over the launch.

“The trainings will make the police achieve higher professional standards. We appreciate this development which will make officers more aware of human rights and accountability. It fulfils the aspirations of the Constitution on the training requirements of the National Police Service,” said Mrs. Makori.
IPOA was formed, in part, to give effect to Article 244 of the 2010 Constitution.
It states: “The National Police Service shall train staff to the highest possible standards of competence and integrity and to respect human rights and fundamental freedoms and dignity.”
The leadership course was launched on January 28, 2019.
During the launch, Dr. Matiang’i announced the ministry would launch “a competition for our officers to incentivise reforms within NPS. Based on citizen reviews of services, the general outlook of police stations and other assessment criteria, we will recommend best OCS for promotion.”​